Were your Heath Issues caused by Truvada, Atripla, Viread, or another TDF drug?
Instant Case Evaluation
Find out if you have a case right now, 24/7
Take quiz

Commited to the best possible
outcome for our clients

Do you have HIV? Did you take Truvada, Atripla, Viread, or another TDF drug and suffer kidney disease or bone loss as a result? The experienced defective pharmaceutical lawyers of The Benton Law Firm are investigating claims and pursuing litigation on behalf of those who were hurt by the drugmaker Gilead’s negligence. We are investigating allegations that Gilead Sciences knew about the severe side effects that some consumers would suffer and knowingly withheld a safer version of the medication from consumers.

When drug companies put the financial interests of their shareholders above the safety of consumers, our attorneys will be there to stand up for those who’ve been hurt and see to it that they get the justice they deserve. We are not afraid to take the fight straight to the manufacturers of harmful drugs and their powerful insurers, and we’ll seek the maximum amount of compensation possible for our clients.

Gilead could owe you significant compensation for the harm you’ve suffered, but time is limited to take action. Call a knowledgeable member of our TDF drug lawsuit team at (800) 313-4878, fill out a contact form, or chat with us live to schedule a FREE consultation to discuss your case and how we can help you. We represent TDF clients on a contingency-fee-basis, which means you won’t pay us anything until we recover compensation for you.

Do I Need A TDF Drug Injury Lawyer?

Drug injury claims can be remarkably challenging, as drug manufacturers often have millions of dollars invested in protecting themselves from liability. The drug companies will often insist that injuries people have suffered are not directly related to the use of one of their drugs, and it can be incredibly difficult to prove that their TDF medication resulted in harm.

An experienced attorney will understand how to prove that your injuries stemmed from a Gilead drug, performing a complete investigation into your case in order to discover all the evidence necessary to determine the ultimate source of your medical issues.

A Gilead claim could make you eligible to join or a class-action lawsuit or participate in multidistrict litigation (MDL); a knowledgeable attorney can assist you in determining the best avenue for your recovery. Class action lawsuits are single actions filed on behalf of large groups of similarly affected plaintiffs, while an MDL, a case that involves a large number of plaintiffs sharing common issues spread across dozens of courts, allows a specific plaintiff to maintain control of individual actions, with the larger case heard in a single setting.

It is possible for a lawyer to guide your case to a full and fair settlement, avoiding the need for a trial. When a settlement is not reachble, however, the attorney can file a lawsuit and attempt to get you a jury award.

Most Gilead actions are based on one of the following drugs:

The Los Angeles Times reported on May 9, 2018, that two Southern California men filed suit against Gilead Sciences, claiming they were harmed after the drug company intentionally delayed the development of a safer version of its human immunodeficiency virus (HIV) medicine. The two men said that Gilead executives knew, as early as 2000, that their scientists had developed a less toxic form of the medicine that caused less harm to patients’ kidneys and bones. According to the Times, the original drug – tenofovir disoproxil fumarate (TDF) – was approved by the United States Food and Drug Administration (FDA) in October 2001, six months after Gilead scientists published research on a different chemical version of the medicine called tenofovir alafenamide fumarate (TAF).

While an animal study showed TAF had a thousandfold greater activity against HIV than the original medicine, with far less toxicity, Gilead ended research on TAF in October 2004 but continued to apply for new patents on the drug. Over six years later, the company began publishing the results of earlier studies, after TAF was added to research plans again, and in November 2015, the FDA approved TAF in a combination pill with three other medicines. Genvoya was the first TAF medication to hit the market in 2015, followed by Odefsey and Descovy in 2016.

On May 14, 2019, the National Law Review reported that United States District Judge Jon Tigar, of the United States District Court for the Northern District of California, had ruled that the claims of plaintiffs in TDF actions were not preempted by federal law, because the drug company had not presented “clear evidence” that the FDA would not have approved the allegedly safer versions of the drugs. Gilead sought to have all of the plaintiffs’ claims – relating to multiple lawsuits filed in 2018 – dismissed, but Tigar allowed the plaintiffs to proceed with fraud and consumer protection claims, although he did grant a failure to warn claim that could still be sought through amended complaints

Did you or a loved one suffer severe side effects after using an HIV medication manufactured by Gilead? You shouldn’t have to pay the physical and financial price for a drugmaker’s negligence. We know that you trusted these drugs to make you better, and when they failed you, you have every right to be angry, frustrated, and confused. We’ll be here to help you understand your legal options and get the answers and justice that you deserve. Schedule a FREE consultation to discuss your rights with us by calling (800) 313-4878. A compassionate, knowledgeable member of our team will be standing by, ready to help you. 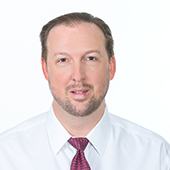